Like every person cars do have stereotypes and different cars seem to fit different people. Mini has both a challenge and an opportunity that the brand is meeting with a Super Bowl 50 advertisement. It is launching its biggest and most versatile model ever, the new Mini Clubman, and yet most Americans still think of the brand as a rather undifferentiated purveyor of tiny, two-door fuel sippers.
“We have great product and a great new product in the category, and satisfaction with the brand is good,” Tom Noble, department head of Mini brand communications, told me. ”We’ve been out of the limelight from a marketing and advertising perspective in the past couple of years. We want to give people a reason to rethink Mini—and the Super Bowl is a good opportunity to re-engage with a lot of people in a quick way.”
Mini’s association with capable smallness came in very handy when gasoline prices were at $4 a gallon. “Three or four years ago, when gas prices were high, the No. 2 reason for buying a Mini was fuel efficiency,” Noble said. “Now it is No. 11 or No. 12. So we’ve lost a bit of the rational reason for purchase.”
To the rescue comes Mini’s Big Game spot, which aired in the third quarter on Sunday after the brand already had released the commercial in its entirety last week. Titled “Defy Labels,” it stars a roster of celebrities who share both some authentic relationship with the Mini brand and its vehicles from their actual lives, and the ability to defy or deflect how they’ve been labeled personally in some way.
To Read More Click Here 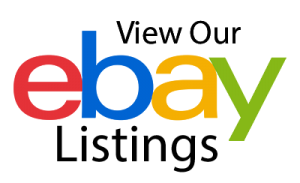 If you see the part or Vehicle that catches your eye you may inquire about it via our contact form, by email, or come see us in person.